A game of bribing and manipulating critters to get the loot

Hey Boss! That was quite a haul we got there, huh? What’s that? that’s my whole share, eh? Is it? I don’t know… Maybe it’s time somebody else call the shots around here. What’s that? I don’t got the muscle? Well, let’s see what the other critters have to say about that! 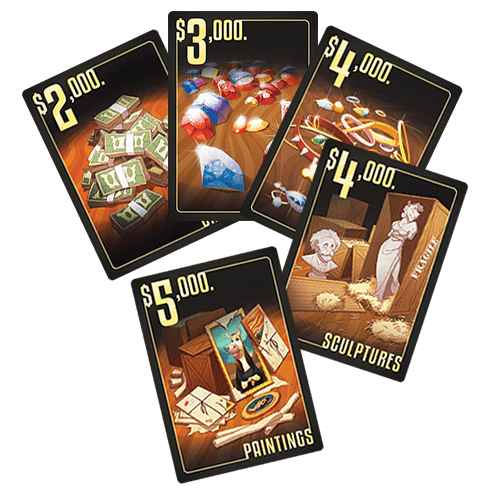 Each player in GoodCritters chooses a critter to play and takes the matching 5 Action cards, Threat marker, and Payoff tokens & cards (if playing with the optional Payoff rules).

Each round is divided into four steps:

Steps 1 & 2 are a cinch. The Boss flips over a number of loot cards from the loot deck to show off all the cash, gems, jewelry, paintings, and sculptures the gang lifted during the heist. Then, the Boss spreads the wealth and distributes the loot cards however they want! The boss isn’t required to give every critter a card; they can even give everything to just one player, even themselves.

During Step 3, all players simultaneously choose what actions they want to perform. Players are encouraged to make deals, issue threats, offer bribes –but at the end of this step, all players will have exactly one of their Action cards played face-down in front of them. 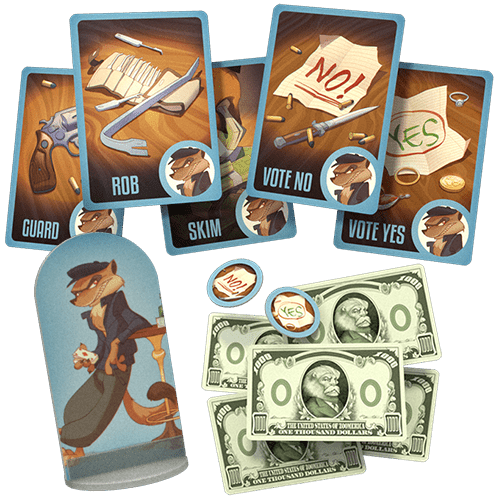 There are a number of different actions you can take. You can Vote Yes in favor of the current loot distribution, or Vote No against the split the current Boss is proposing. You could try to Skim, and take the top loot card from the loot pile… or you could Rob another player and take loot from their stash (you also have to place your Threat marker in front of them to do this). Or, if you’re feeling threatened, or just paranoid, you can Guard which lets you steal from the stash of someone who is robbing you!

After everyone reveals the actions they’re taking, and the actions are resolved in Step 4, you check the results of the vote. If there are more Vote Yes cards than Vote No cards, the vote passes, the distribution of loot put forth by the Boss is accepted, and a new round starts with the same Boss! If a tie happens, the loot distribution is accepted, but a different player becomes the Boss for the next round, and if there are more Vote No than Vote Yes cards, the vote fails. When a failed vote happens, more loot is added for distribution, and a new player becomes the Boss. 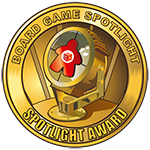 See Contents (Interactive)
0
0
Your Cart
Your cart is emptyReturn to Shop
Continue Shopping
Thanks for subscribing!